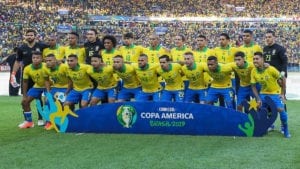 Copa America is a South American football tournament that features national teams from 12 countries. Ten of them are from CONMEBOL, while the rest come from separate leagues. Many years, a club from Asia or North America are invited to play in the tournament. Because of this, Copa America is considered an international competition. In 2016, the United States became the first team outside to CONMEBOL to ever host the tournament. Copa America is the oldest international football tournament that is still active. The competition can be watched through broadcasters like ESPN+, beIN Sports, DAZN, Sky, TELEMUNDO, Premier Sports, TSN, and RDS. However, many of them have geo-restrictions put in place that block fans. Please join us as we teach you how to watch Copa America with a VPN.

Here’s a quick guide for watching Copa America with a VPN.

Before we tell you more about how to watch the Copa America let us inform you on the benefits a VPN can bring to your sports watching experience. Many of the biggest sporting events have blackout restrictions on them. Internationally, geo-restrictions block viewers. A VPN can help you unblock the events. It allows you to change your IP address with another in a server location of your choice. A VPN also masks your IP and protects your online privacy. If you choose a location where the event is available, then you can watch it live online. Connecting to a VPN will help you avoid the blackout restrictions to watch popular sporting events.

The 2021 Copa America is being hosted by Argentina and Colombia. It was originally set to take place in 2020, but it was delayed. The 12 teams have been split into two sectors. Group A consists of Argentina, Australia, Bolivia, Chile, Paraguay, and Uruguay. Group B has Brazil, Colombia, Ecuador, Peru, Qatar, and Venezuela. The first part of the tournament has each team play against the others in their group. The four teams then move on to the quarterfinals, which start on July 2nd. This starts the knockout stage of Copa America. Every team will play in one on one matches where the winner advances. The 2021 Copa America will start on June 11th and end on July 10th.

How to Watch Copa America with ExpressVPN