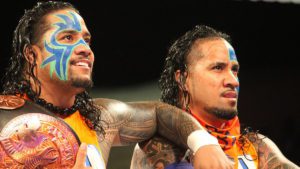 WWE SummerSlam is the 35th edition of this yearly event. The best wrestlers from Raw and Smackdown will be competing in title matches and rivalry fights. The main event of the 2022 SummerSlam is Roman Reigns vs Brock Lesnar in a Last Man Standing match. These two will be competing for the Undisputed WWE Universal title. The Street Profits will be taking on The Usos for the Universal Tag Team Championship. The match is set to have a guest referee. Liv Morgan and Ronda Rousey will be competing for the SmachDown Women’s Championship. One of the most hyped fights of the event pits new wrestler Logan Paul against The Miz. They made good teammates at WrestleMania, but after betrayal these two will be fighting to se who is the biggest star. Those wanting to watch the PPV event can do so through Peacock and WWE Network. You may not be able to view the event in your region due to geo-restrictions. You can stream WWE SummerSlam worldwide with a VPN.

How to Use a VPN to Watch WWE SummerSlam

Here’s a quick guide for watching WWE SuumerSlam with a VPN.

Why Do You Need a VPN to Watch Horror Show at WWE SummerSlam?

Before we get more in depth as to how to watch SummerSlam with a VPN let us tell you more about the benefits of using a VPN for watching sports. Sports often have blackout restrictions for multiple reasons. One is an attempt to encourage more people to go to the game. Another is that the broadcast is only available in certain countries or regions. A VPN can help you out in these situations because it allows you to change your IP address. It does this by allowing you to choose a server location and assigning you an IP address from the region. If you choose a server in an area that the game is watchable, then you will be able to stream it. A VPN also hides your IP address and helps protect your privacy.

SummerSlam will last one day. The event will be available through Peacock. This service allows you to stream the event, but you can only watch it from within the US. Those traveling internationally will need to connect to a location within the US to use Peacock. Connecting to a VPN will help you avoid the geo-restrictions to cheer on your favorite superstar through their match.

WWE SummerSlam is going to be held on July 30th, 2022. The venue is Nissan Stadium in Nashville, Tennessee. The event will begin at 8:00pm EST. It will features superstars from both the Raw and Smackdown rosters. I hope you have a great time watching the 2022 SummerSlam.

How to Watch WWE SummerSlam with ExpressVPN